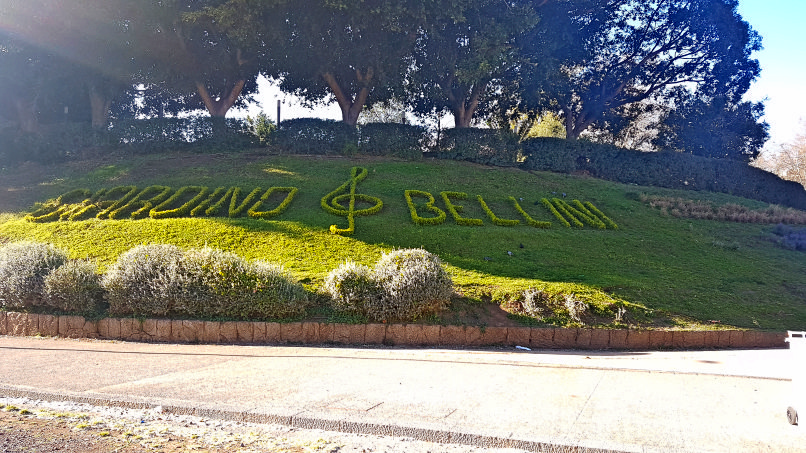 Taormina and Catania have always had a close connection since the times when in the Taorminesi clubs people danced and enjoyed themselves with little. On Friday and Saturday Taormina was stormed by hundreds and hundreds of Catanese.

Even today the bond is strong also because Catania is only 20 minutes by motorway from Taormina and is a city that offers so much to see in terms of artistic, architectural and monumental assets.

Among the many attractions of Catania you cannot miss the Bellini Garden which, together with the Pacini Park, represents the largest green lung in the city center. 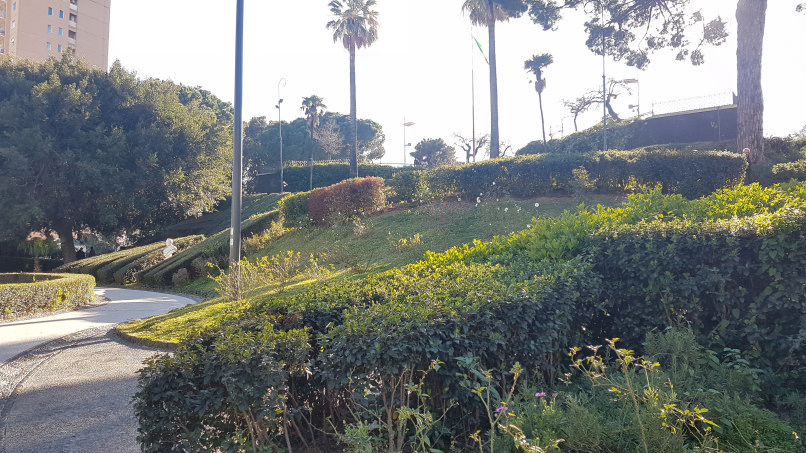 Its main entrance is located along the Via Etnea, which represents the good living room of the city. Along this street, which branches off from the Uzeda gate where there is parking and Piazza Borsellino, there are the most important monuments and churches of the city including Sant’Agata, the Town Hall and Baroque palaces.

Its surface is 7 hectares and is rich in green spaces, trees, fountains and busts that represent famous Italian people.

Its origin is from the 18th century and consisted of a small nucleus called the Labyrinth. The prprietary was Prince Ignazio Paternò Castello di Biscari who said the canons for its realization. After the latter’s death and a long period of neglect, it was purchased by the Municipality of Catania who, overcoming difficulties of all kinds, neither inaugurated the opening to the public in 1883. It immediately became a meeting place for the Catanese who used it, and use it as a park to take children to play, an area to relax or to read and listen to music. Even after its opening, the garden was the scene of various expansions and additions. 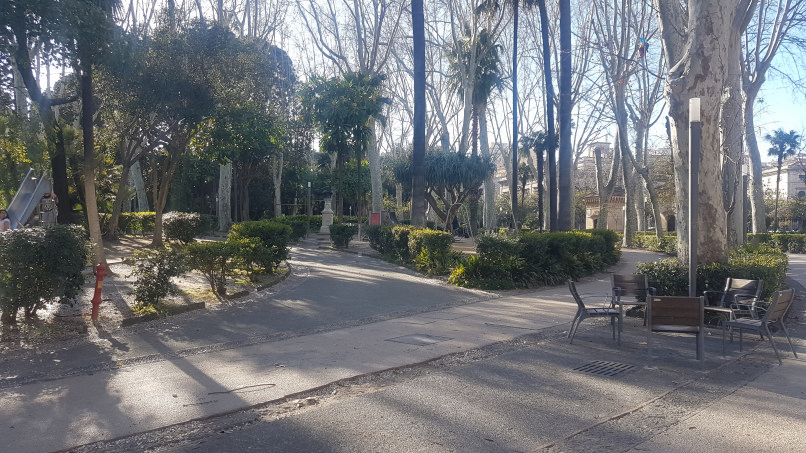 Immediately after entering from the Via Etna you find yourself in front of a monumental staircase to a large flowerbed rich in vegetation, which leads to the largest square. In the latter, on both sides, there are monumental arches and the swan fountain facing the staircase. From here proceeding towards the fountain, go up a hill where there is a wrought-iron kiosk. The latter is a wrought iron structure with lanterns and laces made in 1879 and was used for classical music concerts. This is the highest part of the Garden. From here it is possible to see the extension of the Garden.

Other attractions of the Bellini garden can be found by turning them wide and long. Inside you will find the Avenue of the Illustrious Men where there are about 14 busts depicting important men of Italian and Catanese history. Among them is Verga, Stesicoro, Capuana and others. There would be a lot to write from a historical point of view but it would risk boring the reader. I hope that the few lines above will intrigue you to such an extent that you will go inside. You will not be disappointed either. 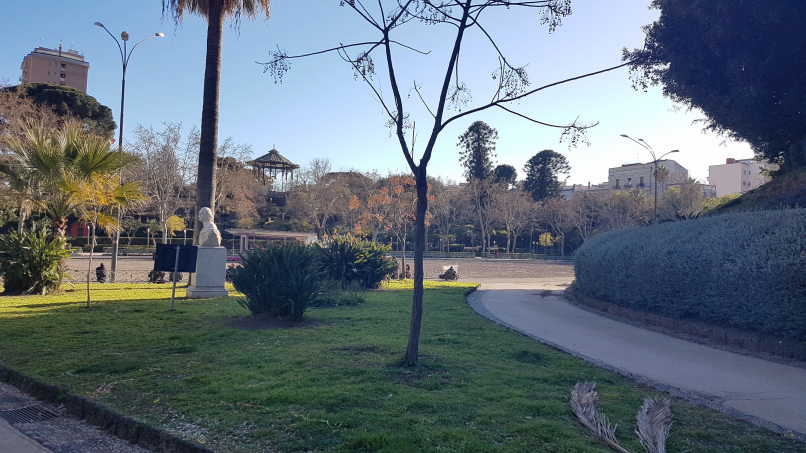 For the parking you could set on your navigator: piazza Roma, via Salvatore Tomaselli and turn there to be able to park in the blue lines whose cost is around € 0.87 per hour. There are other parking lots a little further away, as in Piazza Paolo Borsellino, near the Uzeda gate, the parking area in Via Luigi Castiglione, the Bellini multi-storey car park between Via Teocrito and Via Cosentino.

I was there on Wednesday and was attracted, at the exit of the Garden in Piazza Roma, by this juggler who entertained the machines while waiting for the green light. Remember that Catania is also a great artistic-cultural center.