Sicily is an island suitable for holidays in all seasons. Its climate means that its seasons are not extreme. On average over a year, temperatures reach peaks of 32 ° in the middle of summer and 18 ° in mid-winter. The exceptions are the mountains above 1,200 meters and Mount Etna where it is possible to go down to average temperatures of -12 ° during the night. However, even at these temperatures, the presence of the sun makes staying in these places pleasant.

The annual rainfall is typical of Mediterranean countries so rain yes but for a few days with alternation. The hours of sunshine on the island are many. The periods with less sun are from the end of November until the end of December. Generally, in the less sunny periods, the sun rises at 7.30 am and sets at 4.15 pm with more than 9 hours of lighting. Taormina, whose location is on the east coast, does not undergo diversification. Moreover, given the presence of Etna, the aquifers are always full which turns into less dry and hot summers. Its territory is influenced by the winds coming from the sea which make the area more pleasant. Let’s see the various seasons in detail, remembering that even within the individual seasons, the climate is different from month to month:

This season starts at the end of March early April until the end of May. Night temperatures are between 10 and 14 degrees and daytime temperatures between 18 and 24 degrees. The rain is reduced to a few days per month and for short periods.

Characteristic is the climate during the first days of April. The sky turns brown or red creating a mystical atmosphere. It often happens that the sunny day starts raining for a few hours in the late morning and then returns to being sunny for the whole afternoon. In these three months the activities that can be done on vacation are almost all. You can go to the sea, go hiking, visit Etna, go around the cities of art without suffering from the heat and so on. Dressing is simple. We generally go out in light long pants, a T-shirt and a light sweatshirt with jacket in case the weather changes. 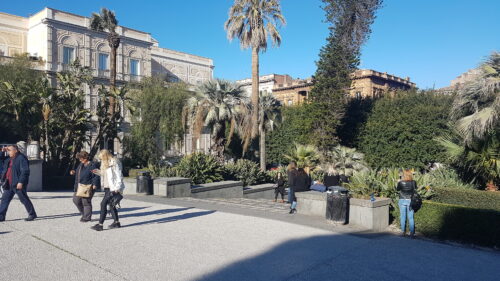 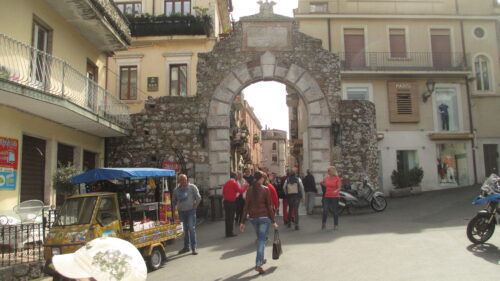 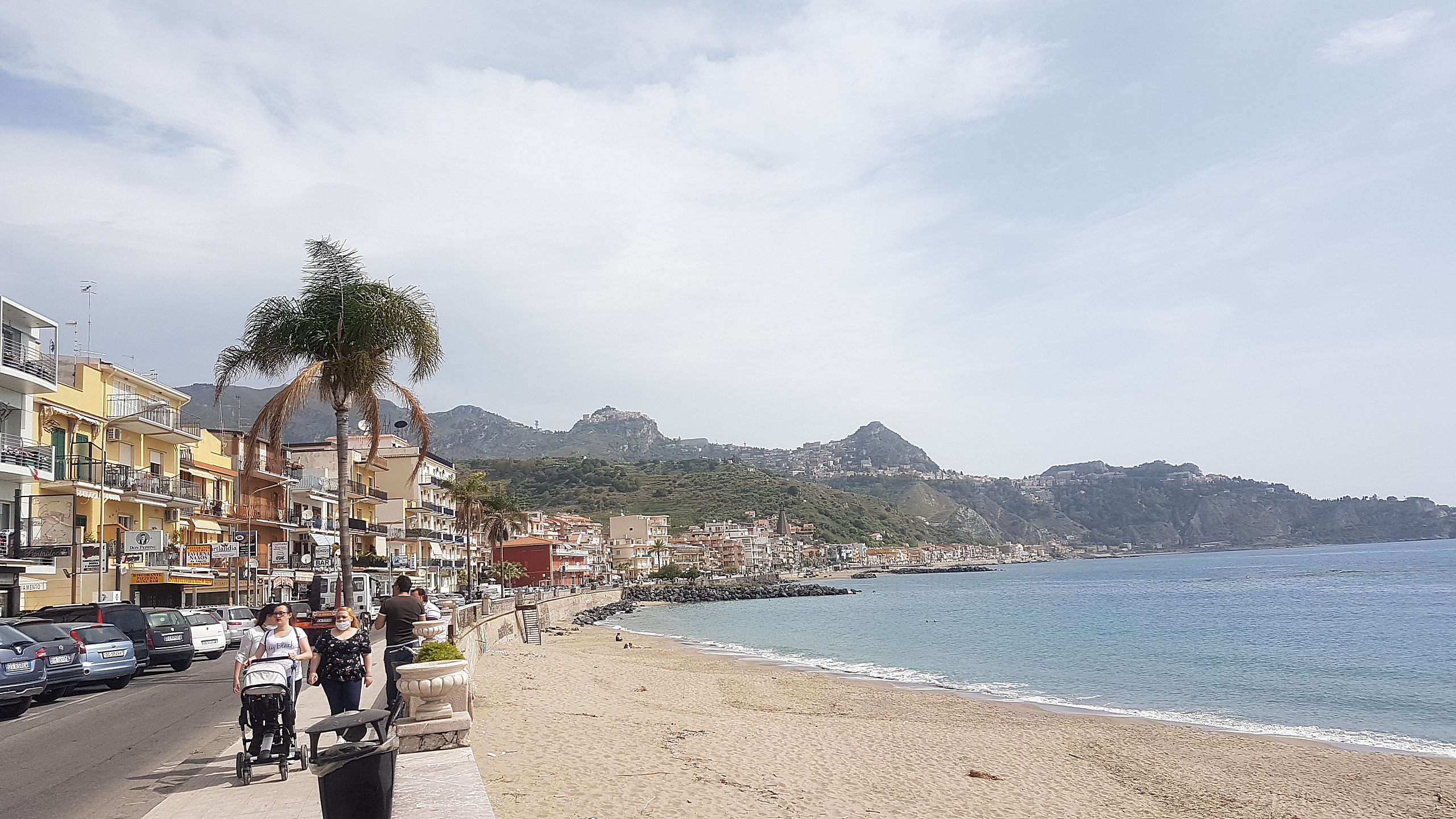 From mid-April to the end of May, a lightweight t-shirt and jacket will suffice. We dress a little heavier in the evening, but a little.

Summer is the season when the highest peaks are reached. It starts in June and ends at the end of August. Temperatures are high during the day and medium-high at night. The averages are 20 ° at night and 35 ° during the day. This also depends on the hours of sunshine. The hours of solar lighting are close to 13 hours starting around 7.00 and ending around 20: 30-21: 00. To accentuate the sensation of heat there is the humidity that reaches 70% in our area. With these conditions the perception of heat increases by 60%.

In Taormina and its surroundings the presence of vegetation and the sea makes all this more than bearable. The possibility of sheltering in the shade and, above all, the possibility of going to the beach makes this season very pleasant. It is extraordinary to bathe in the sea and see the snow on Etna. The season is suitable for going to the beach and doing sea activities such as snorkeling. Organize excursions in the mountains and on Etna, visit the cities of art but in less hot hours. Another important aspect is the culinary one. The products of this season are many. Vegetables, fruits and vegetables are present in any local market. The fish market also offers many products as in this season the sea is more abundant with fish. How to dress? Well I would say that it would be better not to get dressed and only cover the private parts. Unfortunately for those who work this is not possible but for those on vacation it is different. So shorts, very light T-shirts, open shoes or shoes suitable for summer. 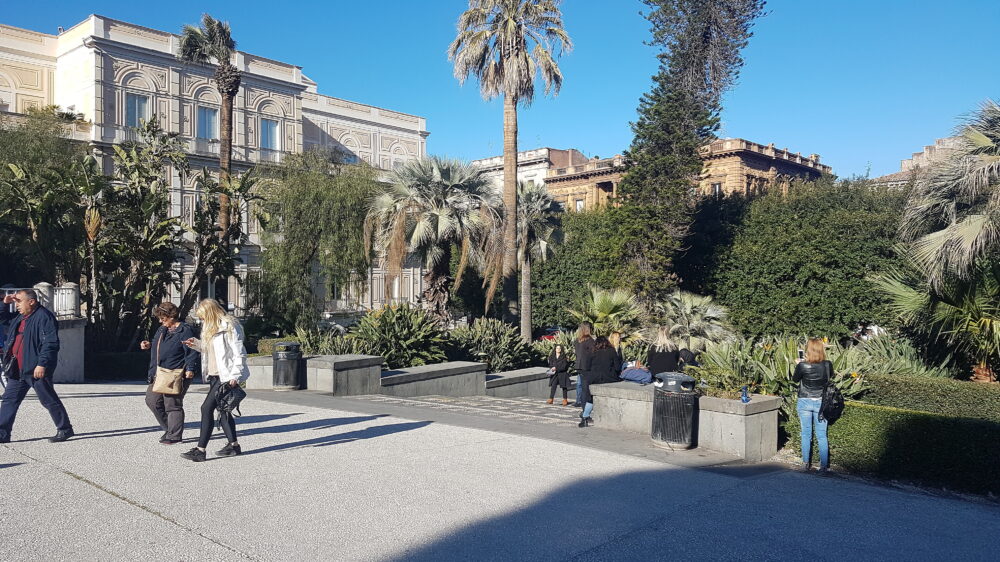 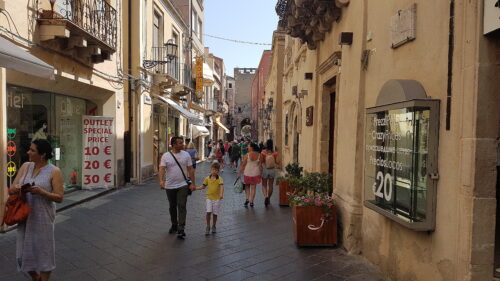 In the evening, just cover up a little to feel good. During this season, popular festivals and festivals dedicated to culinary events are organized in all the towns and cities of Sicily. Here you can taste the local cuisine at a very low cost. There are also many musical concerts and cinematic performances.

Autumn in the season calendar should start in late August. Sicily is an exception as throughout September during the day and as if we were in an intermediate period between summer and spring. Daily temperatures are around 23-28 degrees and night temperatures 16-19 degrees.

The daily hours of sunshine are about 10 which makes this period ideal for excursions, days at the beach, boat trips, visits to cities of art and much more. A new season begins for vegetables, vegetables and fruit still in abundance. The events related to popular festivals or festivals dedicated to seasonal products continue. The clothing changes a lot in these three months but always without excess. Going out in trousers, sweatshirt, sweatshirt and jacket is more than enough. 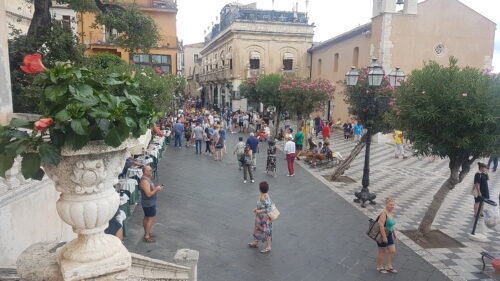 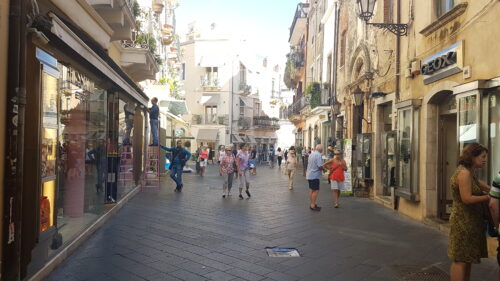 The rains begin but infrequently. Typically in a month like October it can rain 6-8 days spread over 30. The advice of those who travel to Sicily in this period is to equip themselves with maps of various itineraries and good will to walk. An event to be followed carefully is the grape harvest. In Sicily the harvest is a culture and is done by anyone who owns even just 1,000 square meters of vine. In this period the villages are pervaded by the smell of the must that is released during the racking into the barrels.

Yes, winter also exists in Sicily but only on the astronomical calendar. Our winter is mild, not rainy and pleasant. The only flaw is the humidity which increases the perception of cold. Daily temperatures are between 10-20 degrees and night temperatures between 4-8 degrees. The lowest peaks are only when the north wind blows, so for a few days.

Daytime hours are reduced to 8 hours. Winter is a time when the landscape is transformed. The countryside is enriched with greenery, Etna with snow and the sea seems to relax. The beaches become places for walking or horseback riding, the countryside for excursions. The cities of art become more interesting from an aesthetic point of view. Taormina in this period seems more mystical. In the evening, at dusk, the yellow lights of the street lamps make the small streets older, warmer. On rainy days they are even more fascinating. From a culinary point of view, this period is enriched with various vegetables, legumes, cheeses, cured meats and much more. The clothing is enriched a little by replacing the light jacket with a heavier one, but nothing more. 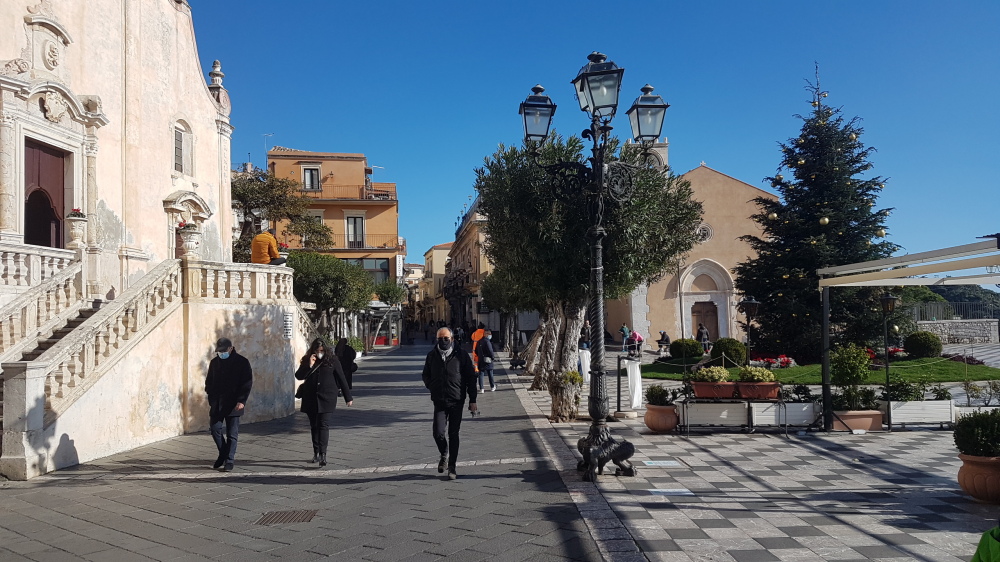 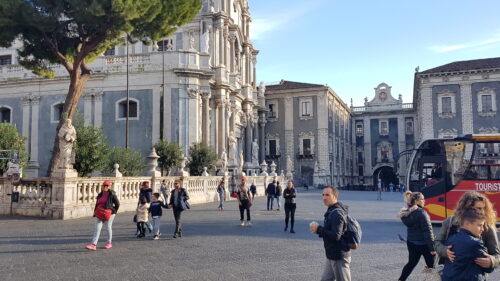 It can happen that some days are colder. This happens when cold currents arrive from the north or east but stuff of very few days. At most 3-4. It’s a wonderful time for the holidays. Fewer people, less vehicular traffic, bars and restaurants with greater customer focus. You will enjoy the culinary events which, even in this period, are many.