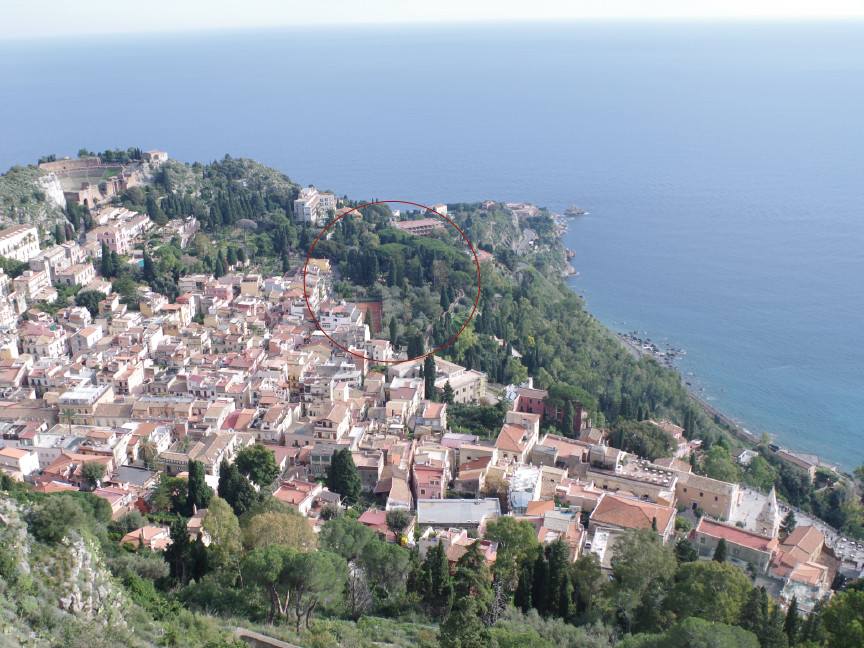 Taormina public garden is a naturalistic and panoramic place where is possible make a tour for relaxing and enjoying of overview. It was built between 1897 and 1898 by Lady Florence Trevelyan an English aristocrat that settled here at the end of 18 century. 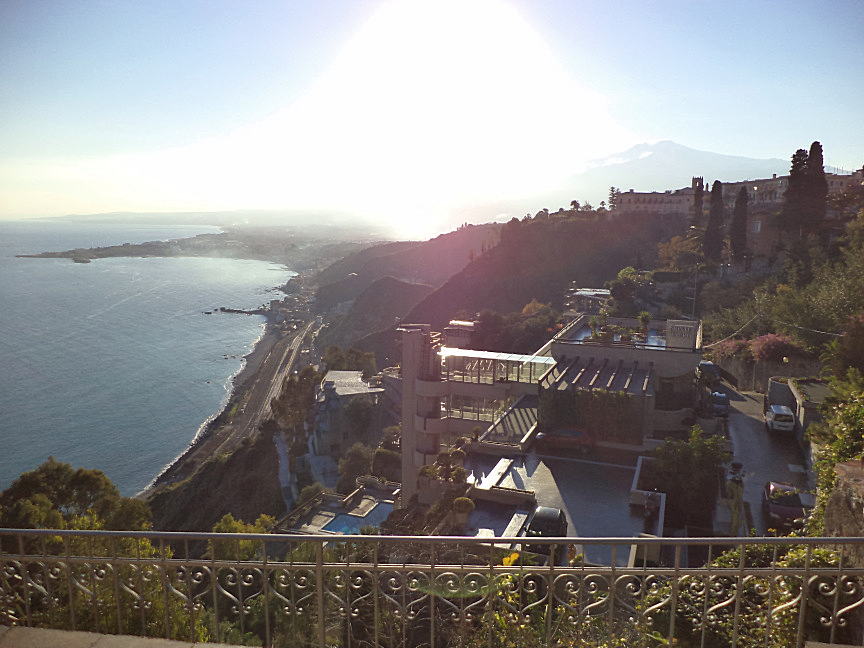 The Lady during a little naturalistic and panoramic tour around Taormina saw in this area the opportunity to build its garden of dream but didn’t know that in the future would be been the most beautyfull pubblic garden in Taormina. Thank Lady.

From it you can enjoy the panorama of Giardini-Naxos and the slopes of Etna.From its avenues it is possible, with a single photo shot, to capture Etna part of Taormina and the bay of Giardini-Naxos.

The original name, given to him by Lady Trevelyan, was Hallington Siculo to approach him to his places of origin but with differences in the naturalistic aspect.Subsequently, after the acquisition of the Municipality, the name was changed to Duca di Cesarò Park but we of the place call it Villa Comunale di Taormina (pubblic garden). 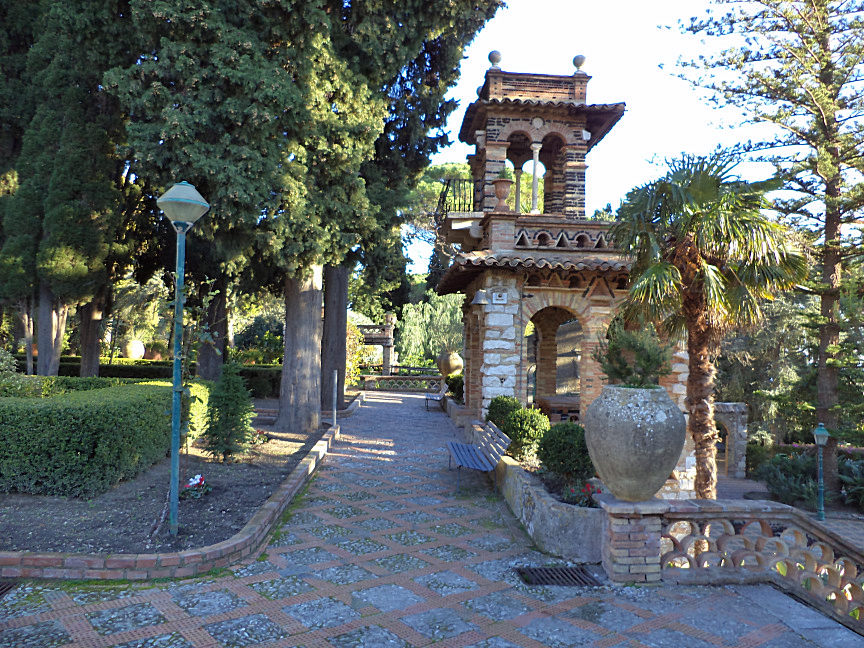 Inside there are many characteristic elements including the Victorian follies or the pagodas in wall and wooden structure where he loved to relax.The Cromlechs or series of monoliths driven into the ground which for the Celts represented astronomical observatories.Small aviaries, a lily pond and many other small curiosities that you will see during the tour. 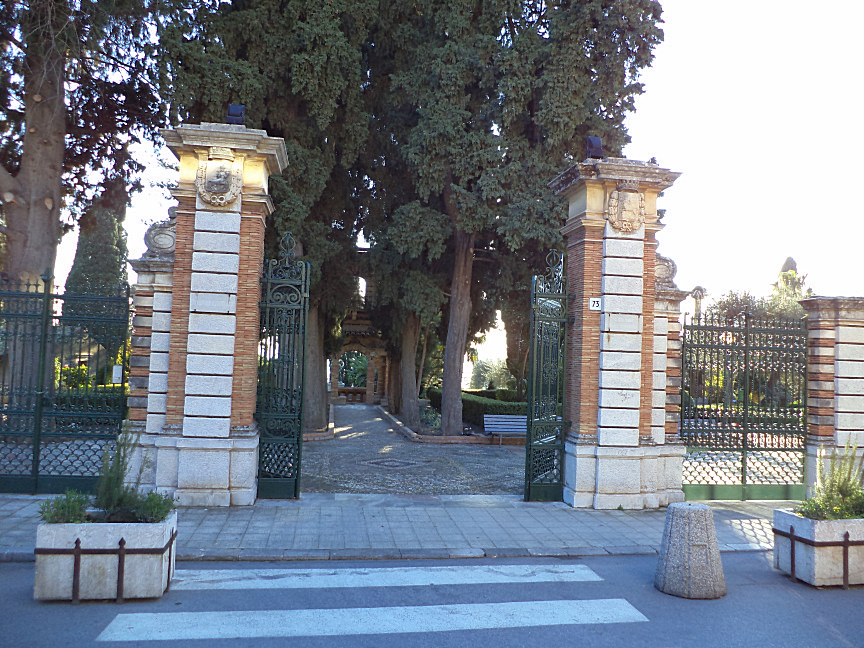 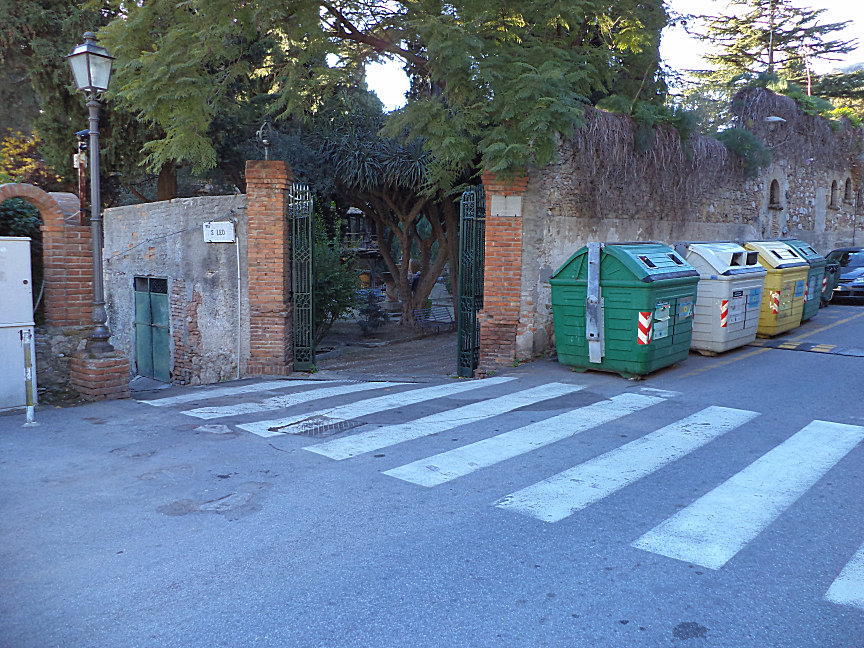 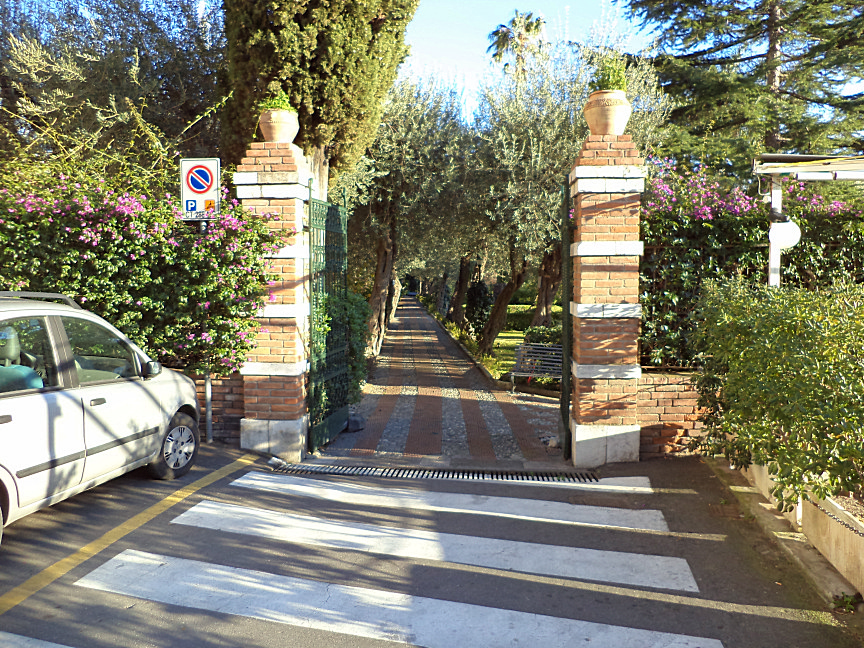 The pubblic garden of Taormina has 3 entrances 2 at the ends and one intermediate. For this tour you will enter from via Roma next to the Hotel Montetauro. After the gate there are two avenues, one inside that runs alongside the tennis courts and a panoramic one from which to admire the Bay of Giardini-Naxos. 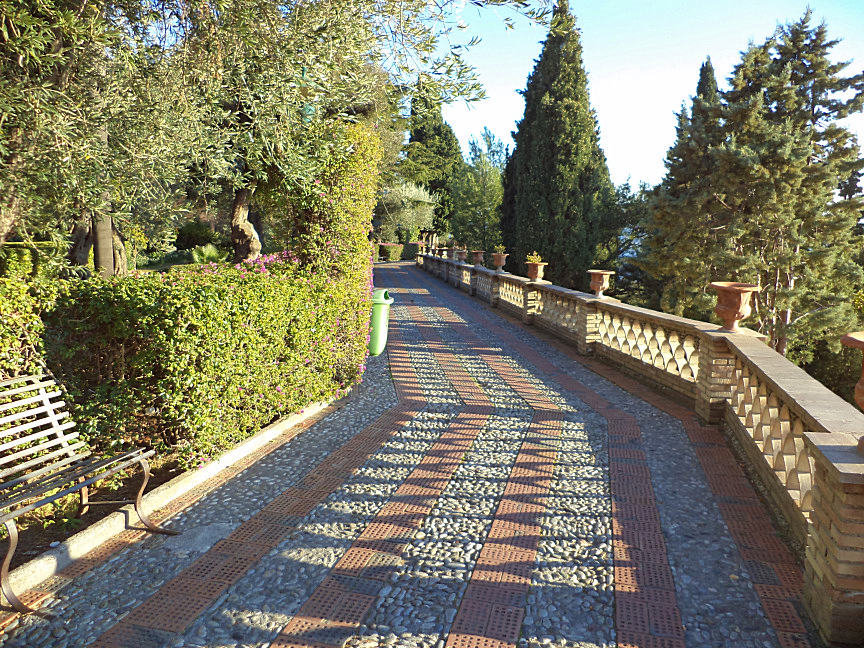 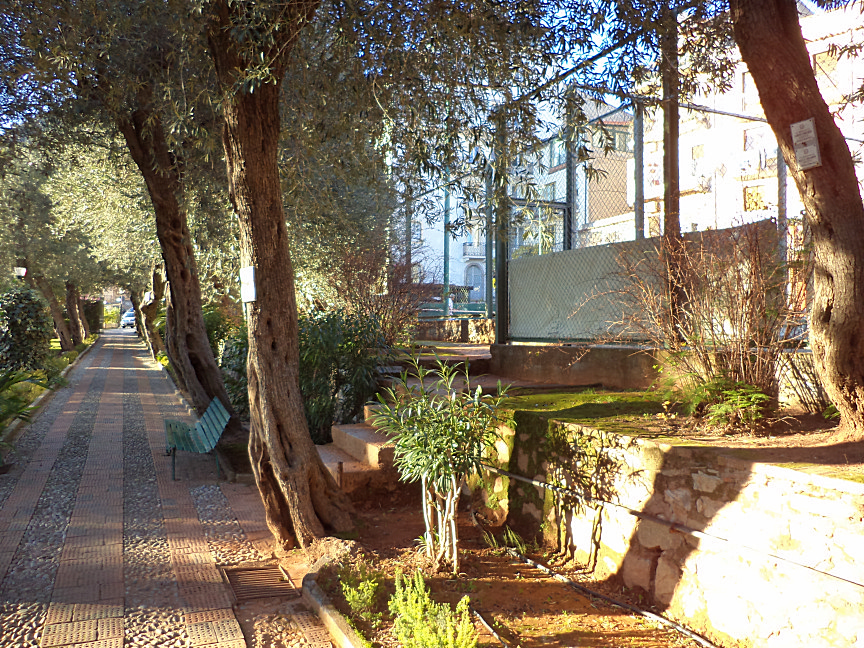 The two avenues form two huge flower beds full of vegetation surrounded by trees. On each of these trees there is a label in honor of the fallen of the First World War. They show the name and surname, the date of birth and that of death. 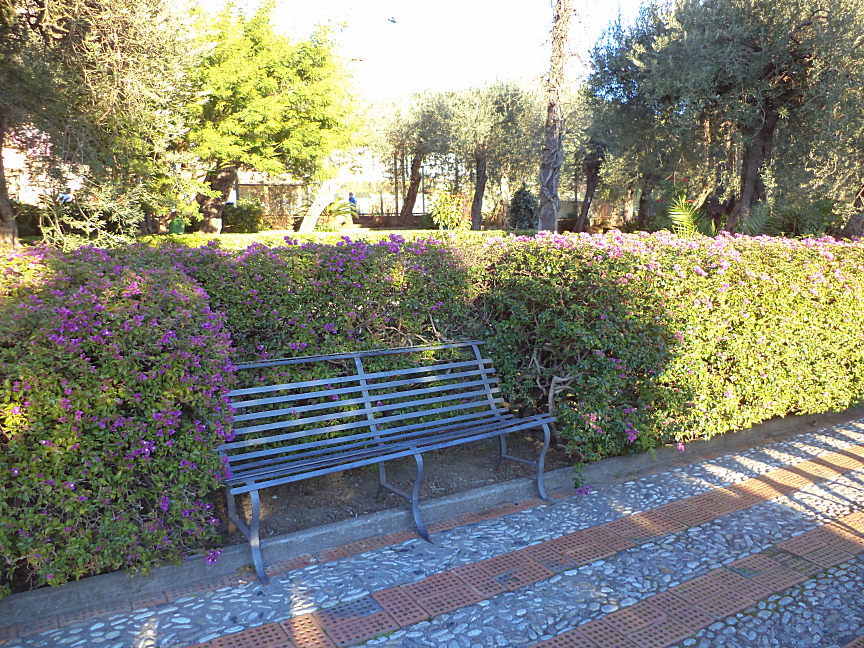 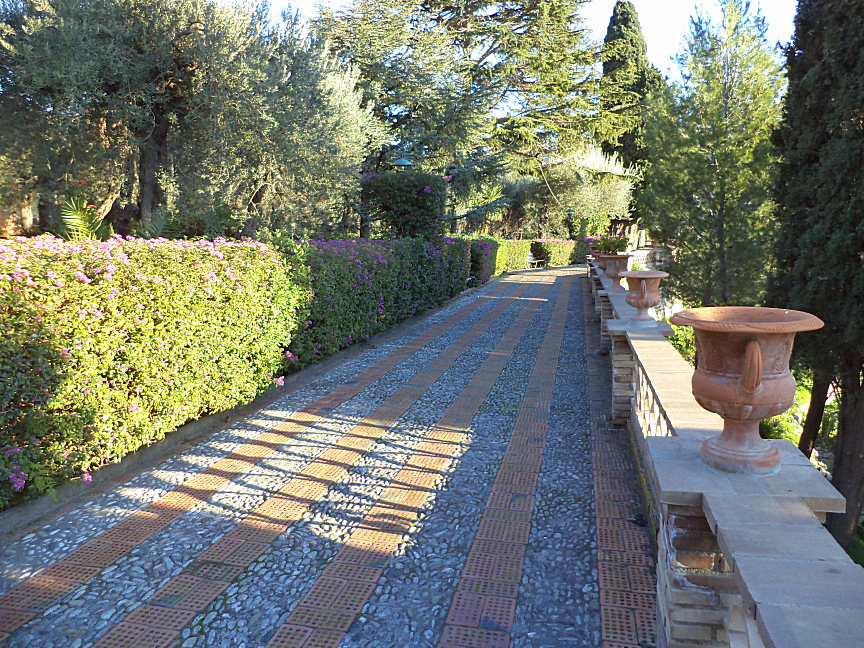 The flower beds are bordered by a bougainvillea hedge along which the benches are set where you can sit and admire nature. The sound you will hear is the chirping of thousands of birds that find shelter among the vegetation. 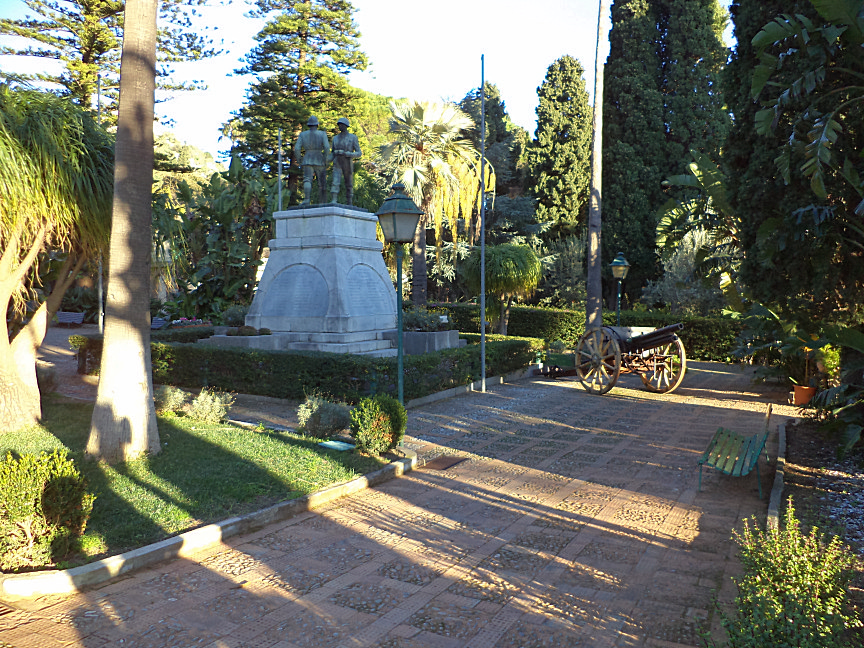 Both avenues lead to the central part of the villa and precisely in the area where there is the war memorial of the Second World War. Here are some war relics including the famous “Pig” small torpedo-submarine.

From the large square, through two monumental semicircular stairs you reach the part where we meet the first Victorian Follies which overlooks the previous area. The surrounding area is furnished with 4 large flower beds where vegetation of all kinds takes place. Classic is to take a photo with the two characters, in bronze, sitting on the bench after the intermediate entrance. 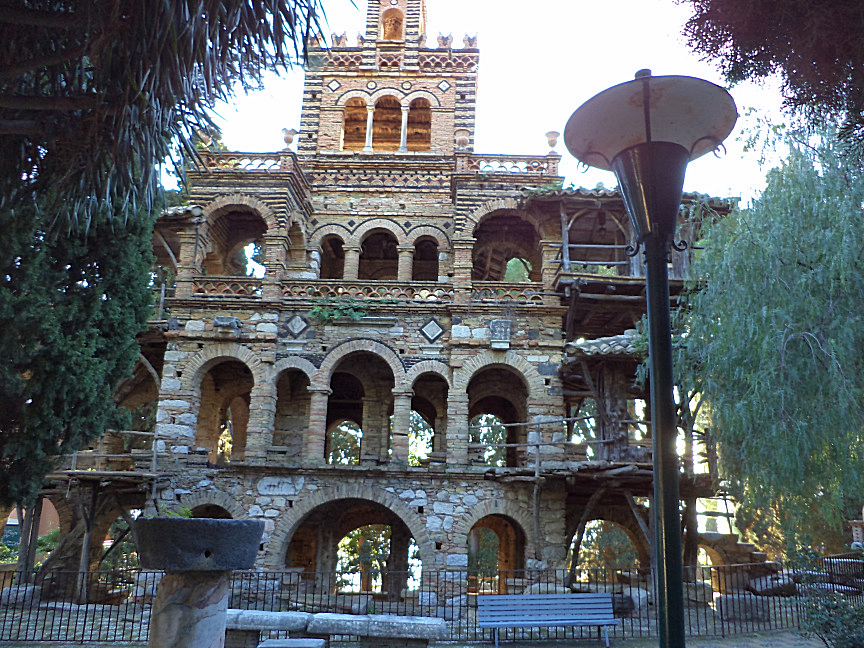 Two other avenues branch off from here, flanking large flowerbeds where decorative elements are placed including a bust, placed on a terrace, representing Lady Trevelyan. At the end of the avenue you reach the largest of the Pagodas. A huge wall structure but at the same time light and elegant. 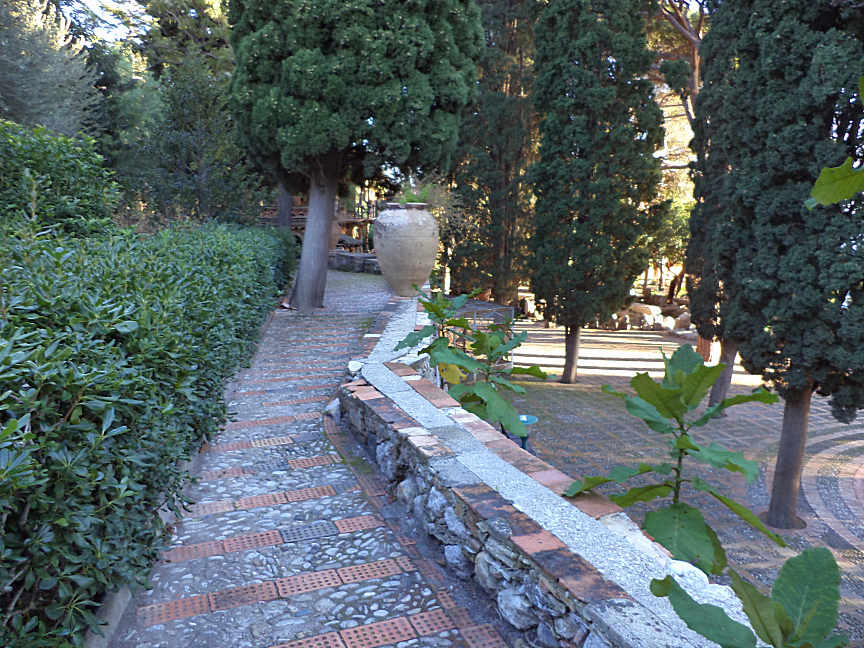 Along the avenue that branches off from the pagoda you can see the area below which can be reached by continuing along the avenue and taking the ramp on the left. Here is the water lily basin and a large square with trees and benches to sit on. This was the place where as kids we loved to play climbing on pagodas or running through trees looking for pine nuts. 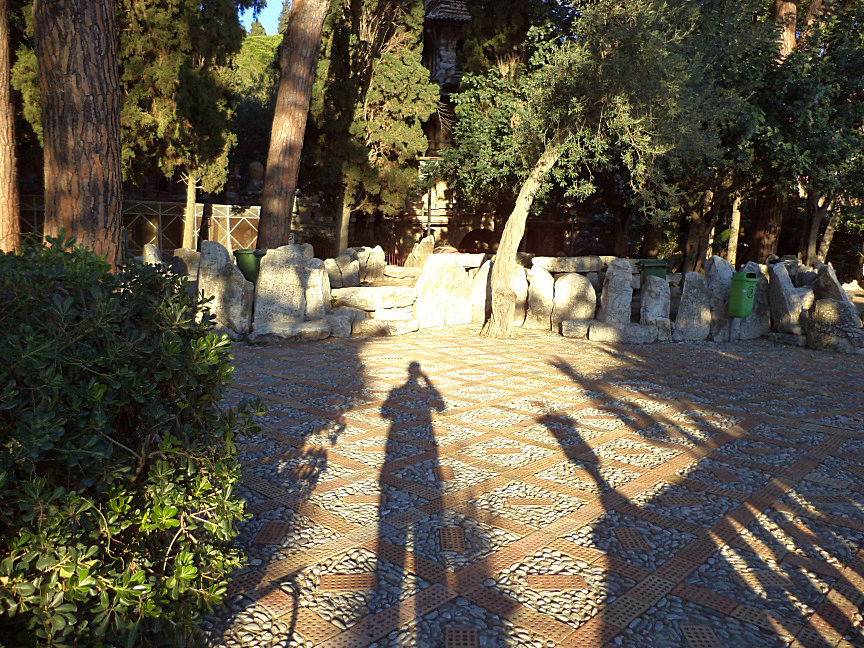 Continuing we will arrive at Cromlech.The area is delimited by these huge boulders coming from the old quarries of Taormina. The interior is in beaten earth and there are two large solid stone tables with benches.Ideal place to stop for a small snack. 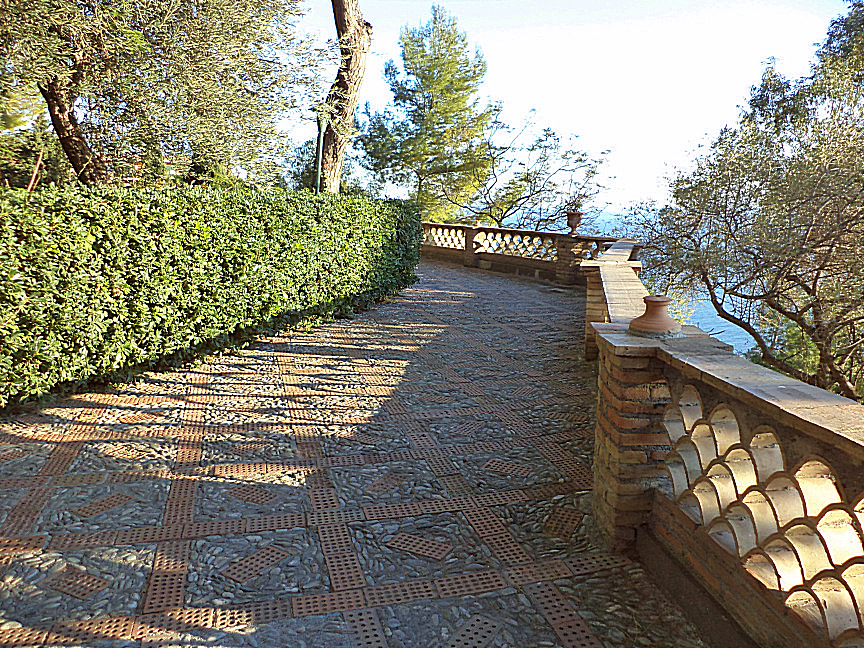 From here along the panoramic avenue that runs alongside another large flowerbed, our panoramic point of view will constantly change giving us more and more beautiful views. From here we will arrive at a small aviary that once housed beautiful peacocks. 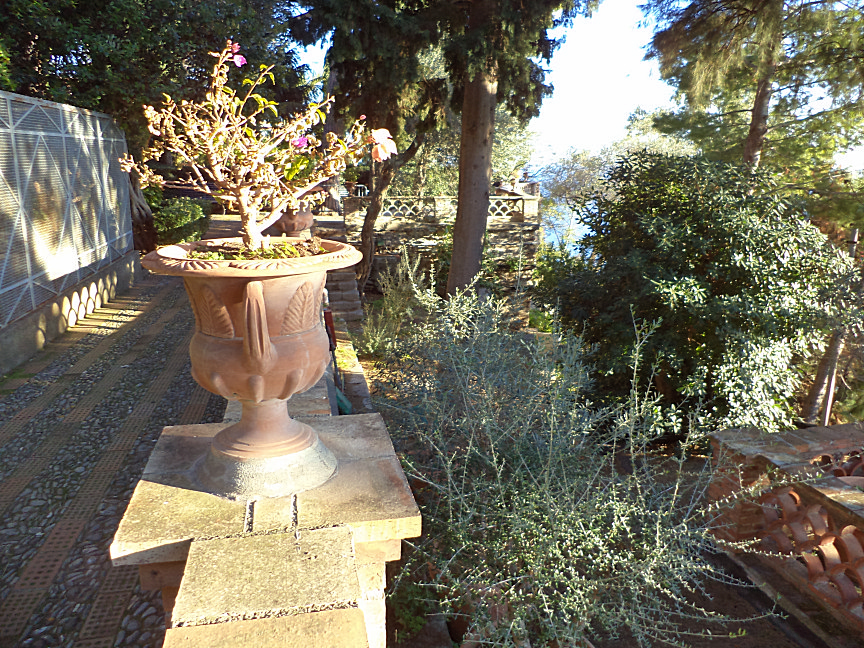 Going up we will pass through two other small flower beds and we will reach the caretaker’s house also of authentic beauty and rich in decorative elements. Continuing we return to the water lily tank and then reach the central area and through the monumental stairs the intermediate exit. 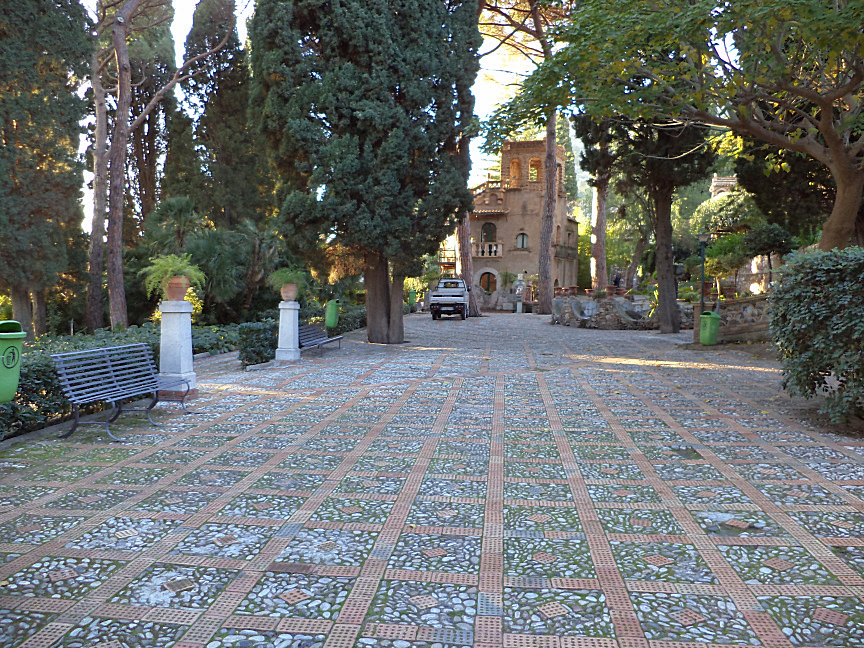 Describes what the public garden of Taormina represents is presumptuous. You have to enter it and turn it wide and long. There is no real path, the various avenues are interconnected with each other and offer enchanting glimpses of nature and history. We have tried to summarize the nature of this park in this photo gallery. 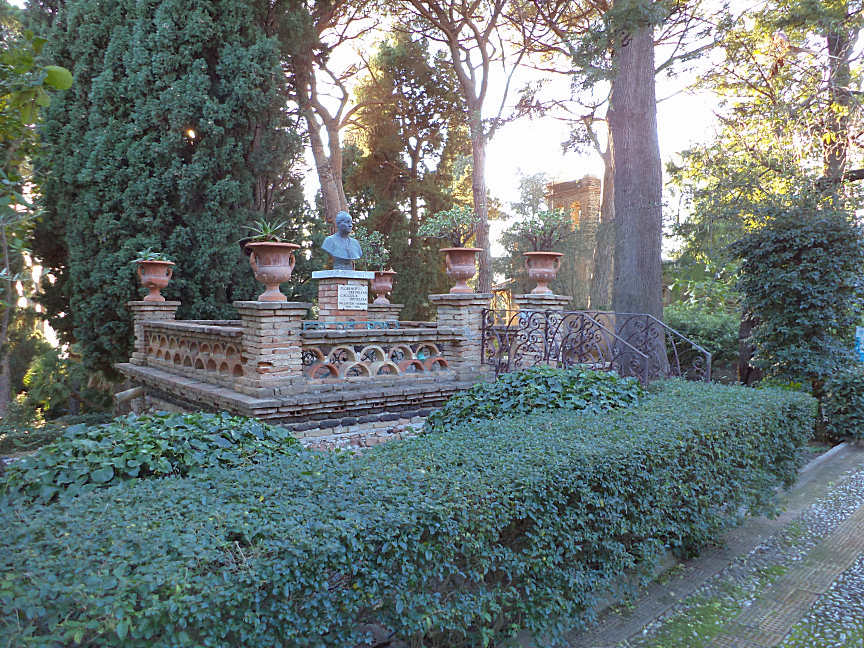 Last but not least, during the days it is possible to attend tennis matches and in certain periods to real tournaments. The tennis courts are red clay courts like Roland Garros. 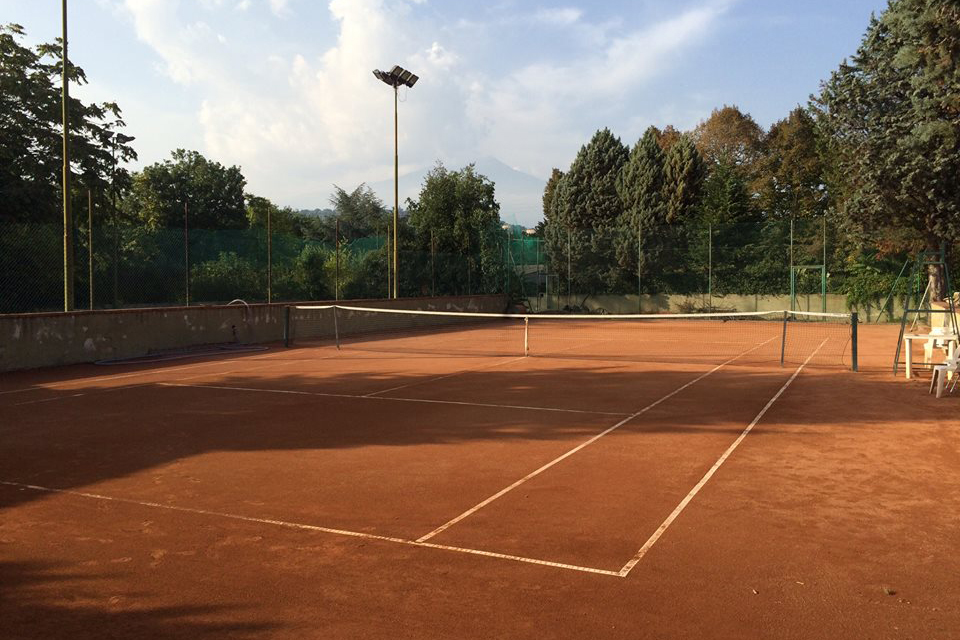