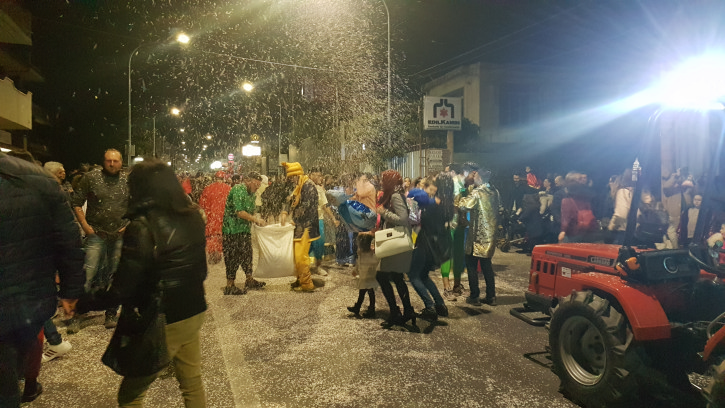 Trappitello is the largest village in Taormina surrounded by nature, large spaces, gardens with orange and lemon trees.

As in Taormina also Trappitello could not miss the performances for the carnival that with 2019 has arrived at the 7th edition and is already preparing for the year 2010.

Allegorical floats in papier-mâché have been set up larger than in Taormina. One of the many carts was equipped with a lifting system that raised the puppet from lying to a vertical position. Everything took place along the Via Francavilla or SS185 which was closed to traffic, becoming a large dance area, games and various jokes.

The real wagons realized in Trappitello were two, the rest came from the whole valley of the Alcantara and beyond. Francavilla, Graniti, Gaggi, Calatabiano and Fiumefreddo are the municipalities that participated in the event.

The wagons had different themes: 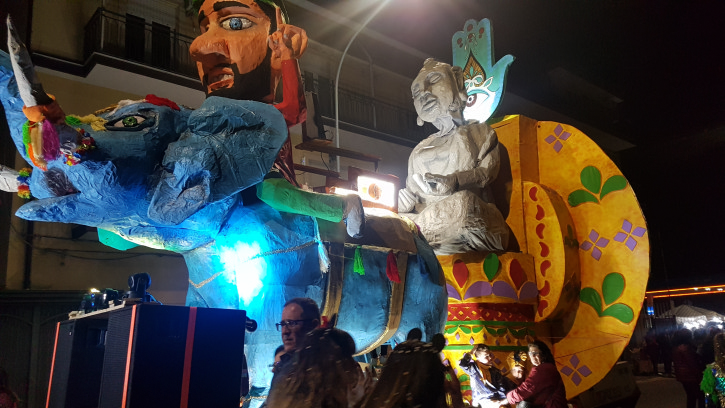 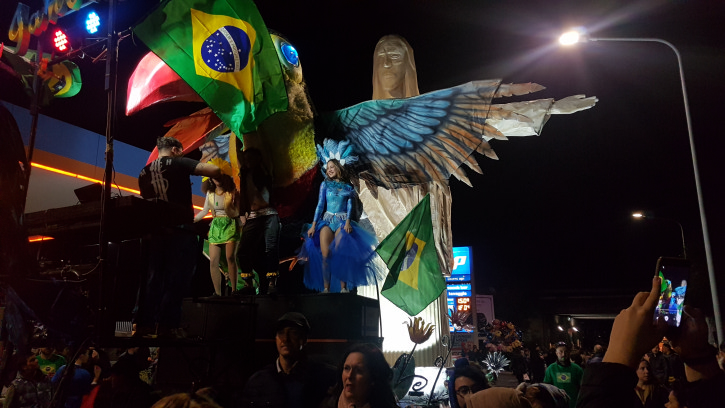 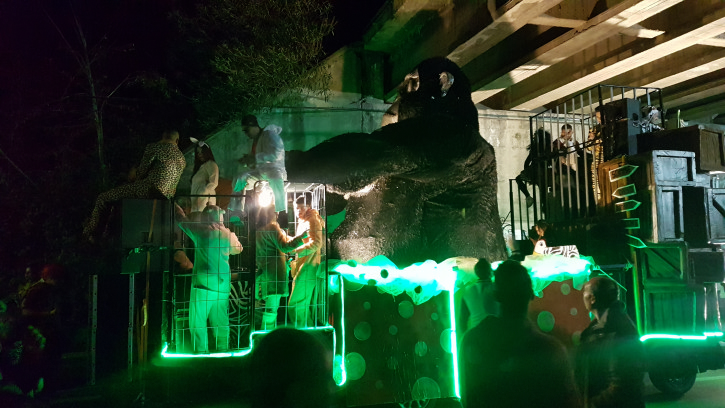 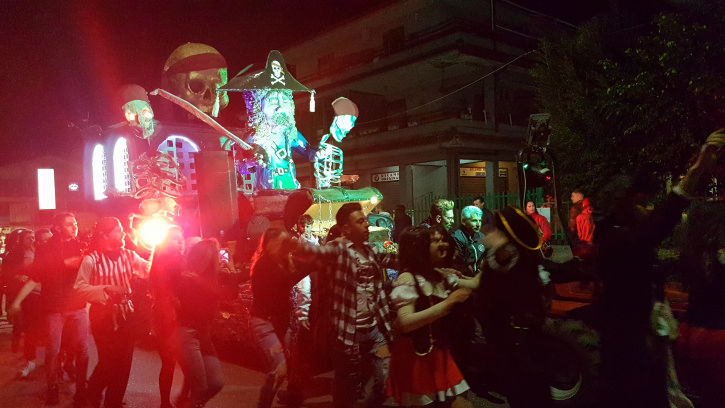 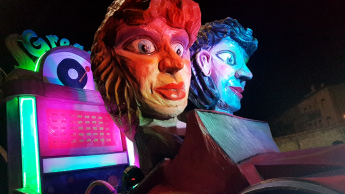 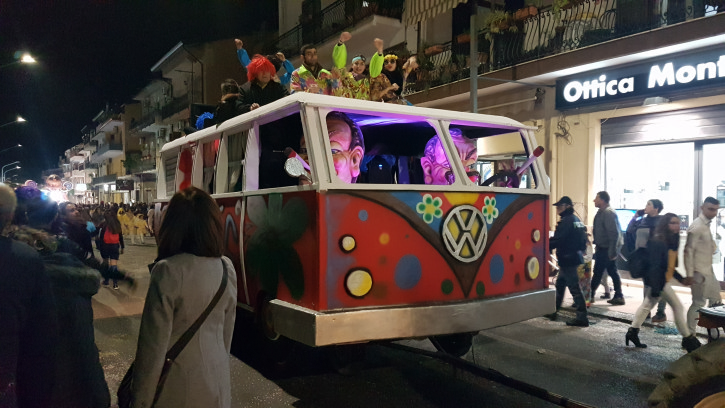 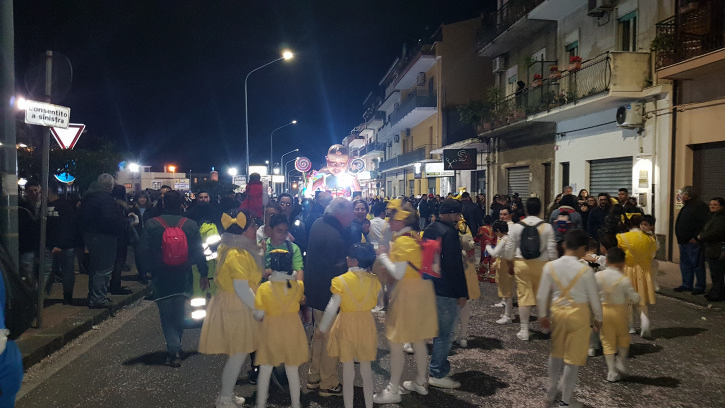 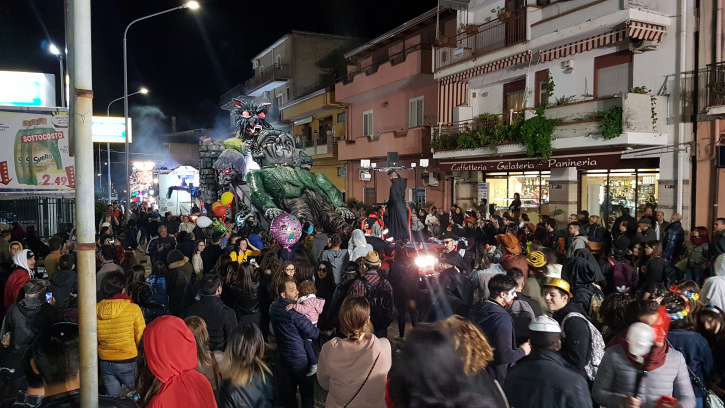 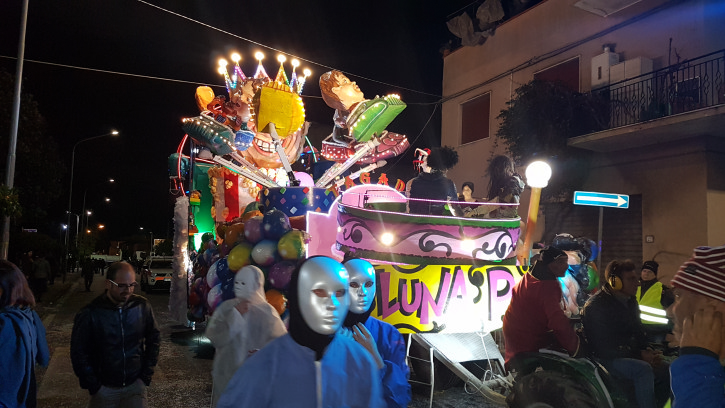 The wagons paraded for about 1.5km taking 5 hours. During the parade, the presence of music in each wagon was the driving force for improvised dances and various jokes. Confetti and streamers flew everywhere. Children, and not only them, ran back and forth without respite in the name of fun.

One last, but perhaps the nicest, mini-group was a child, not too much, in a wheelchair followed by mum, dad and little brother. 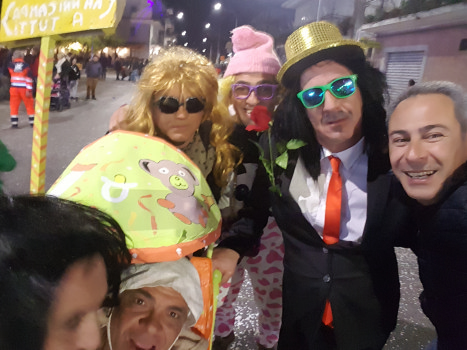