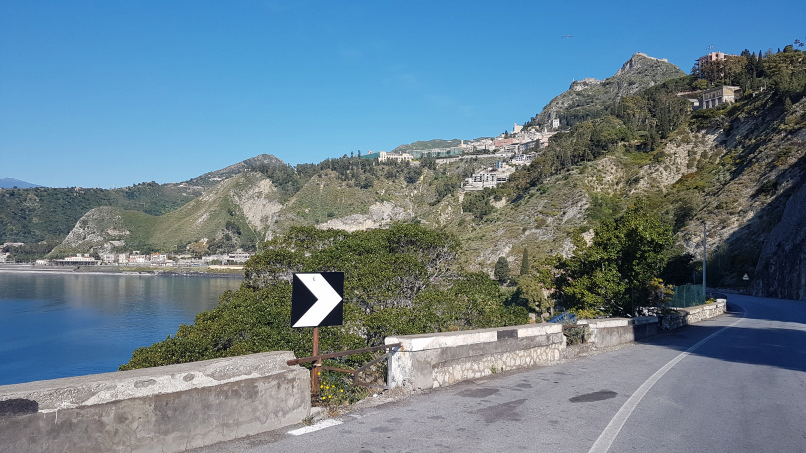 For those who like to take long walks and admire the scenery, we recommend that you park your car at the Taormina – Giardini train station and take the SS114 up to Capo Taormina and from there the Via Luigi Pirandello (SP10) that leads to Taormina.

The route develops for about 5km exceeding an approximate height difference of 160m. The minimum slope is 10%, the maximum 20%. We have chosen as a point of arrival the Pubblic Garden of Taormina. The travel time, excluding stops to admire the landscape and take some photos, is about 1 hour and 15 minutes. 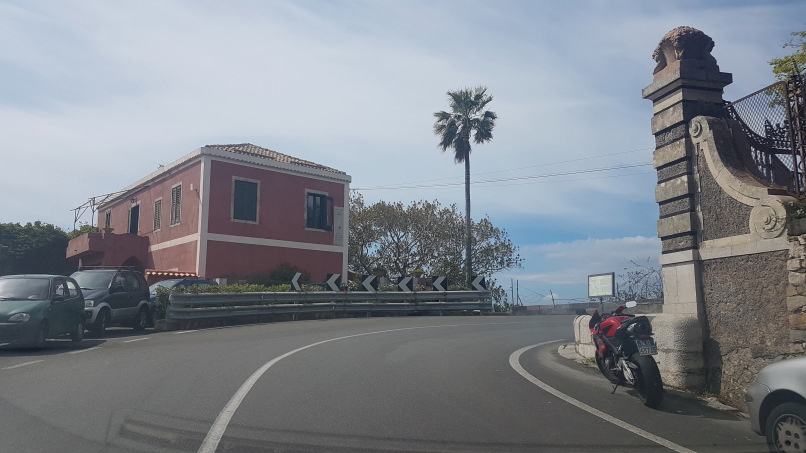 Doing it very calmly, the experience will be relaxing and interesting. Along the way we will use a couple of shortcuts that will save us a few kilometers. 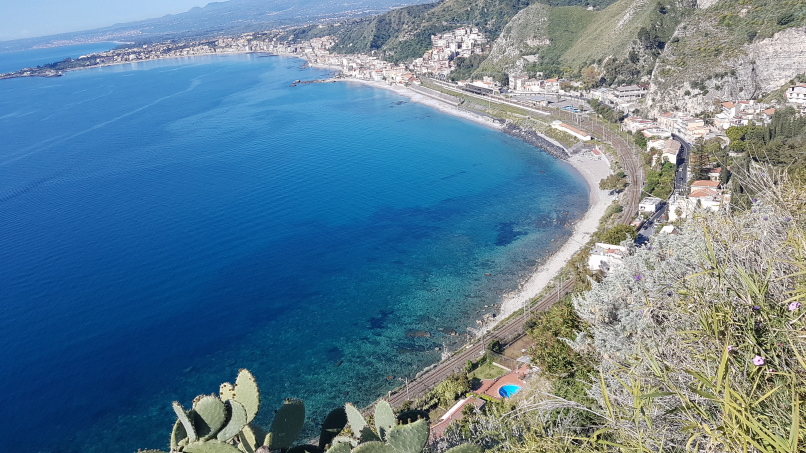 One in particular, that is the last one close to Diodoro Hotel, will give us a different point of view on the bay of Giardini-Naxos and will lead us directly to the entrance of the Pubblic Garden. 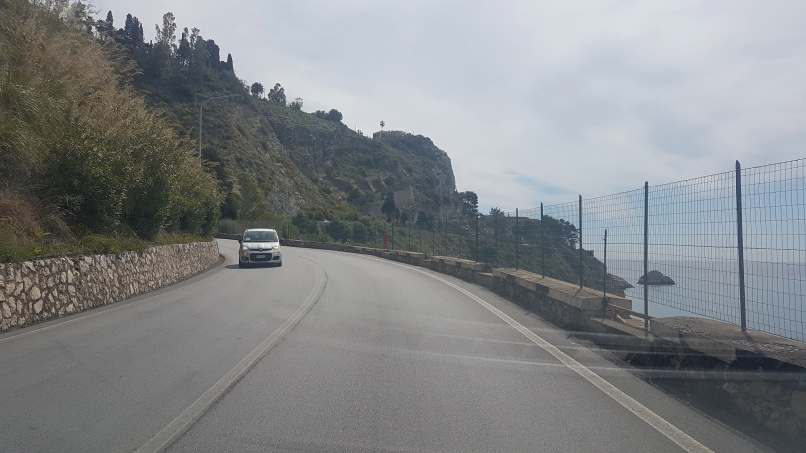 Until Cape Taormina the route is on the ancient Consular Pompeia built by the Romans on the old Greek trenches that led from Syracuse to Messina. This stretch took on considerable strategic interest as it was controllable from the ancient Tauromenium. Who controlled Taormina controlled the coming and going of goods between Syracuse and Messina. It was the object of slowing down of the American troops by the Germans during the Second World War especially in the section between Taormina and Sant’Alessio Siculo. 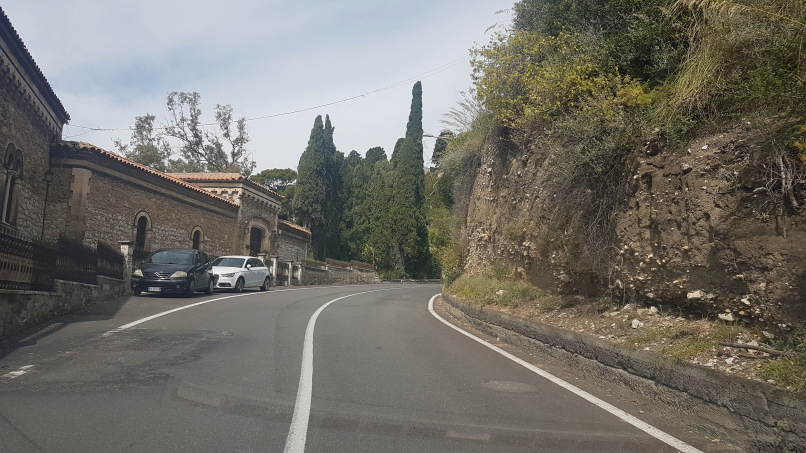 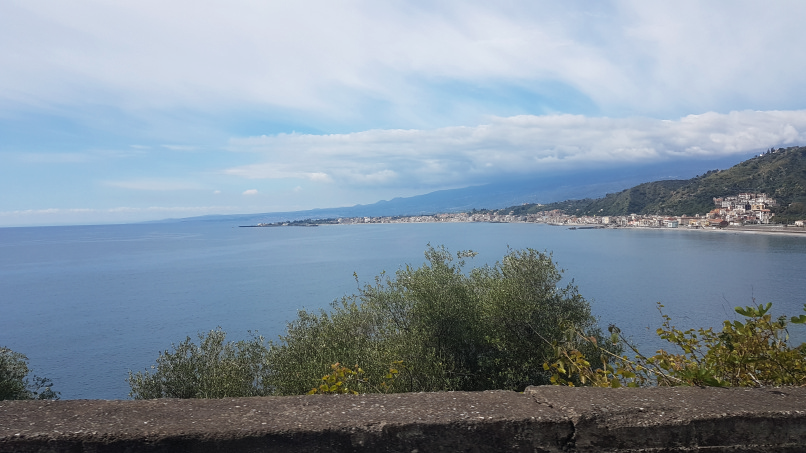 From the station up to Capo Taormina it is possible to admire the gulf, formed by the port of Naxos, and the bay under Capo Taormina. The seabed of this last one is rich in amphibious species and archaeological finds. 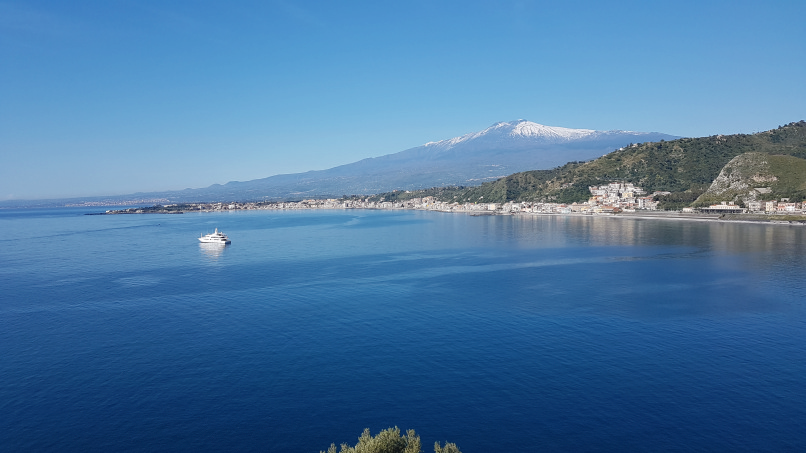 The curve before the junction to Capo Taormina offers a photographic shooting point that allows you to capture the gulf, the slopes and the cone of Etna all together. 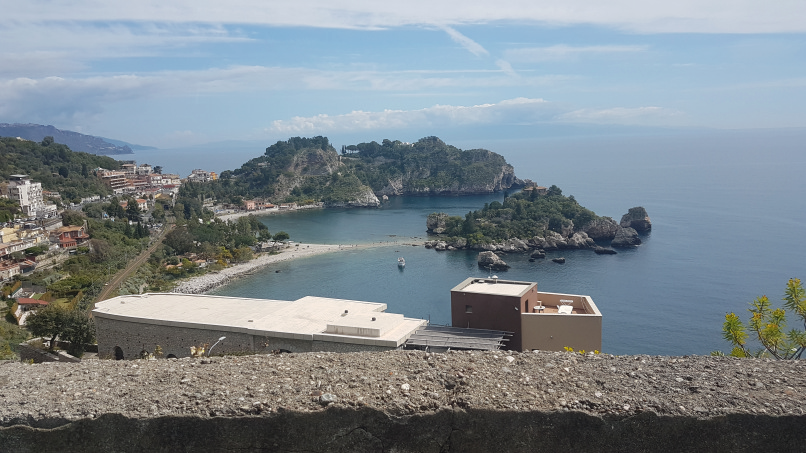 400m after having taken via L. Pirandello, on the right side, there is a panoramic point on the island of Bella and its inlet. 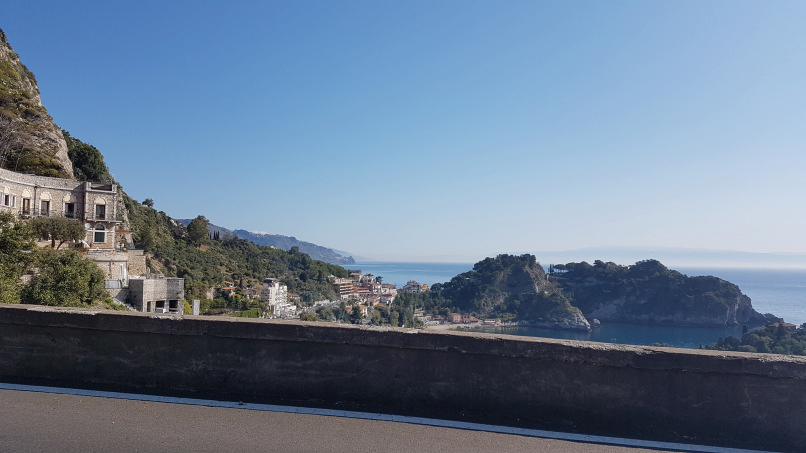 Continuing towards Taormina you pass from the Catania to the Messina side, changing the type of panorama until you reach a U-shaped curve called by the locals “a curva du bavalaciu” or curve of the snail (bavalaciu in sicilian language mean snail). 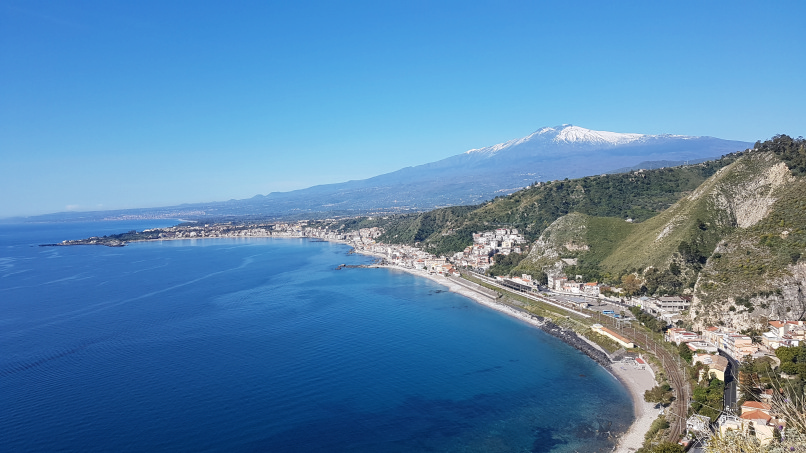 Here, looking out from the parapet that delimits the road, you get another different point of view on Giardini-Naxos and the Etna volcano. 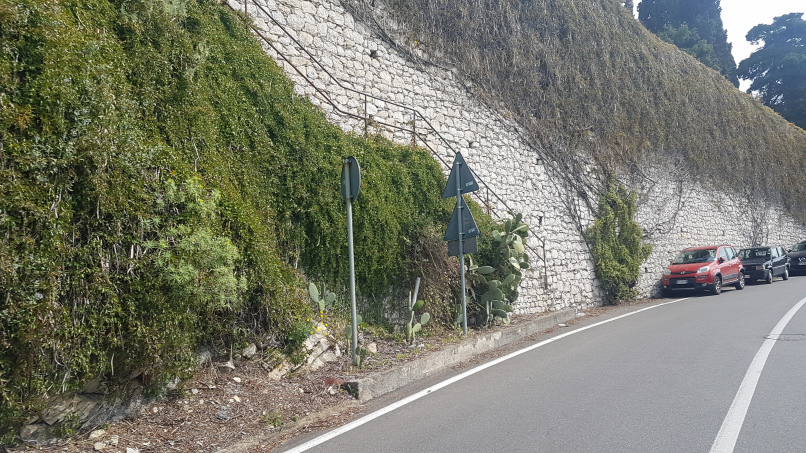 Immediately after the bend, on the left, there is a stairway that allows us to save some road. Before taking the stairs, look at the wall that runs alongside the street on the very side of the staircase. Made of Taormina stone it is totally covered with vegetation and deserves a souvenir photo. 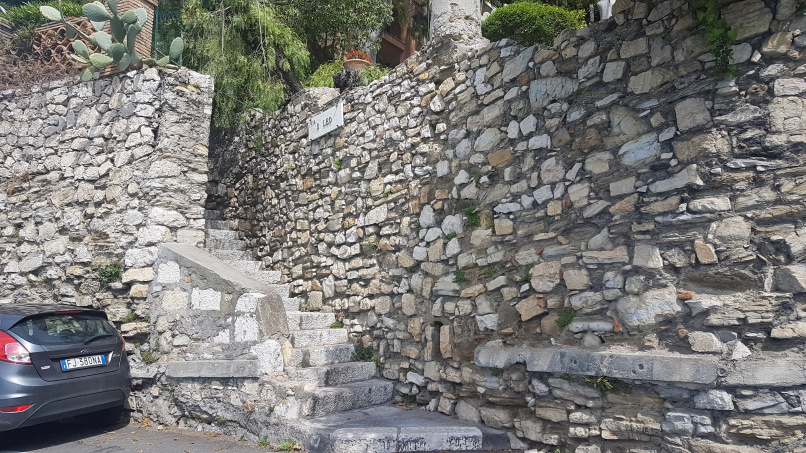 Arrived at the top of the stairs, given the landing on the road, there is the last shortcut that leads directly to the entrance of the Villa Comunale of Taormina and allows you to reduce the path by a few kilometers. 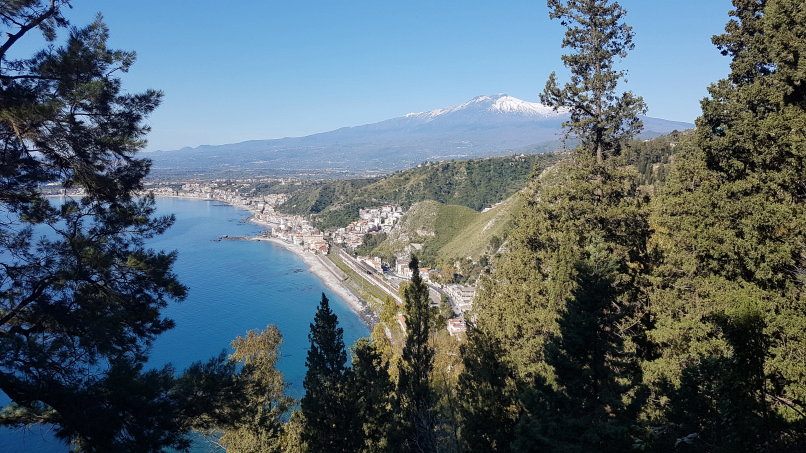 Along this route there is a panoramic viewpoint from which you can see the bay of Naxos and the slopes of the mountain where Taormina lies. 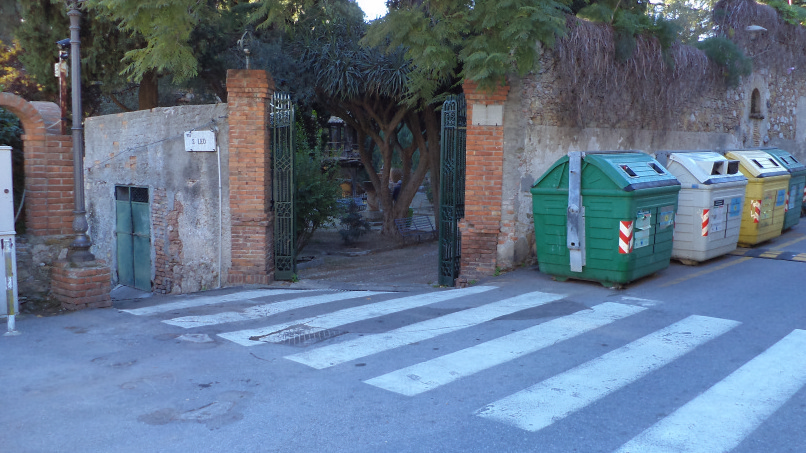 At the end of the path my advice is to continue the walk inside the Villa Comunale. To return to the station it is possible to use the city buses which have a stop at the Taormina-Giardini train station.